Home → About the hotel → History

In 1990 the RUBIN Congress Center of the Tomsk Scientific Center SB RAS threw open its doors to the public. Its construction was timed to coincide with an event that was unique for Tomsk, which was not used to being in the limelight: hosting the 15th International Conference on Atmospheric Laser Probing.

Academician V. E. Zuev, the founder and first director of the Institute of Atmospheric Optics SB RAS, the founder of Akademgorodok and currently the Chairman of the Presidium of the Tomsk Scientific Center SB RAS, had managed to gather scientists from all over the world and hold the 1st International Conference in Tomsk. The Rubin Congress Center was built by scientists especially for holding the forum. It is one of the best examples of creating scientific and social facilities through joint efforts at the Tomsk Scientific Center Nothing like it had ever been done before. It was created in almost 2 years, including all design, construction and commissioning stages.

From a range of proposed options for the project the most interesting, cutting-edge one for its time was selected — with a winter garden cube in the center of the building. This project was the brainchild of the young architect, S. M. Lyulyakov. 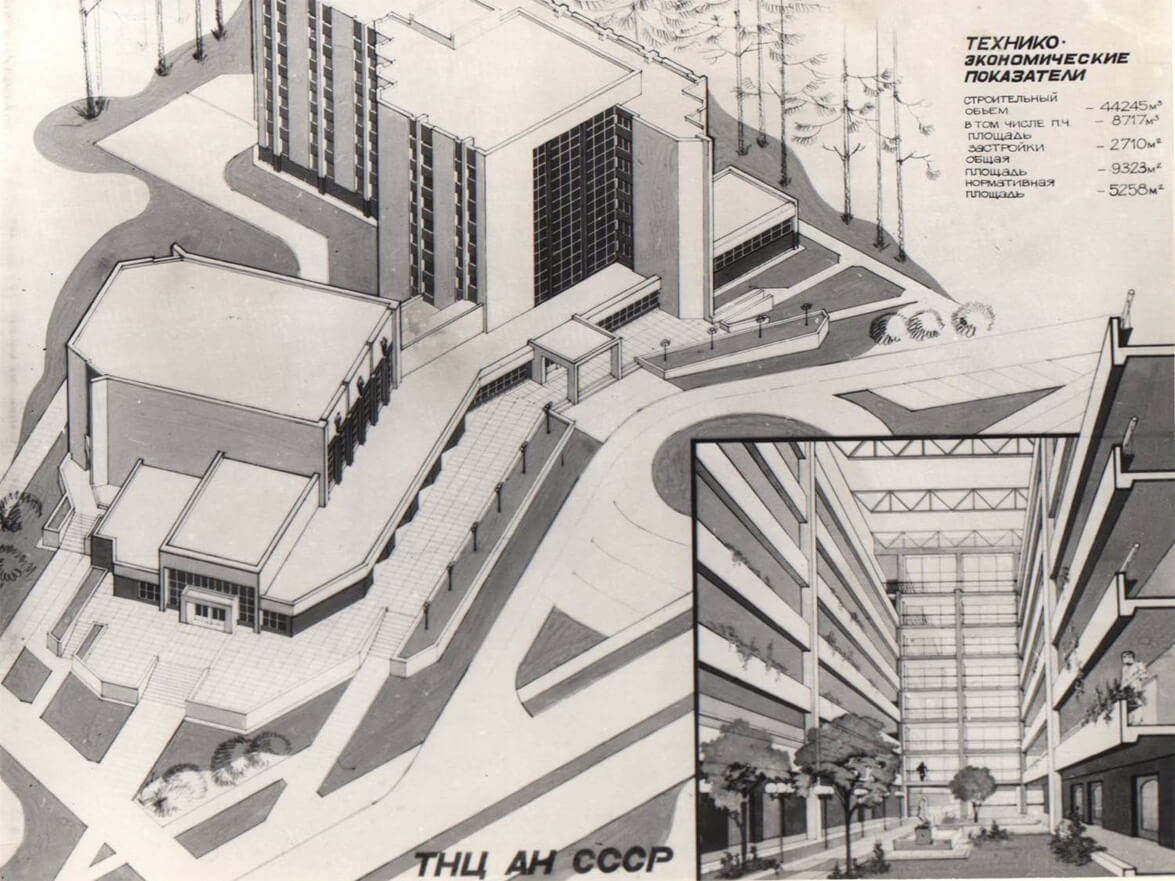 The place where the Rubin is currently located was previously the site of a warehouse owned by the Construction Repair Directorate of the Tomsk Scientific Centre and a swamp. In September the piles began to be hammered in, and they went two-thirds into the ground under their own weight. An embankment was made so that it would not subside,  and the only tractor was used to compact the soil.

In order to accelerate the pace of work in the winter of 1989 it was decided that it was necessary for employees at the institutions to participate in the construction. The main contribution was made by the Institute of Atmospheric Optics, since it was the organizer of the conference.

Just as soon as the first 5 floors were ready they began performing finishing work, since time was running short. They worked, as they say, by pooling together all their resources. Not one institute was left out of the common effort. 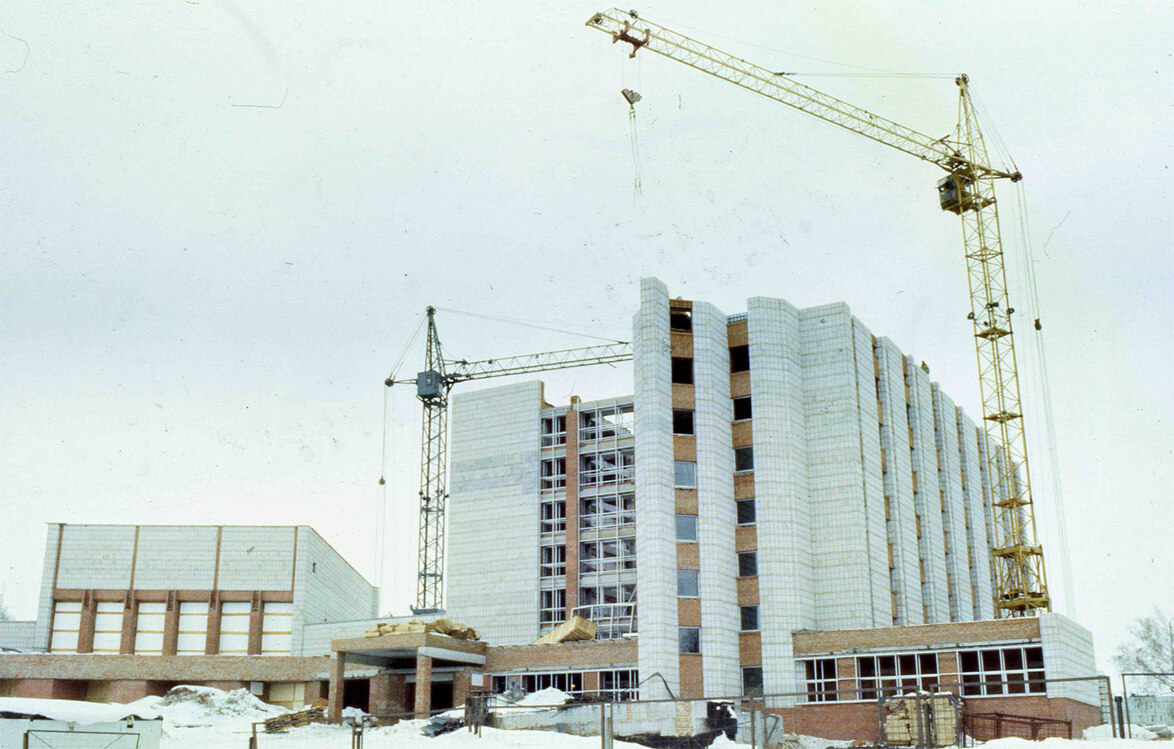 A variety of interesting ideas were implemented during the construction of the hotel. For example, A. V. Yablokov proposed the idea of wrapping the columns in front the entrance with iron, so they were not just plastered. G. Kh. Stepichev together with his colleagues made iron balls, which now adorn the staircase at the Expocenter.

in order to expand the space of the hall, the architect proposed decorating the wall in front of the entrance with a big mirror. But his order at the furniture and mirror factory would be very expensive. Technologies developed by the Special Construction Office Non-profit Organization “Optika” for processing glass helped in solving the issue. The mirrors were manufactured right there in Akademgorodok.

The creation of the winter garden occurred at the same time as the construction. 140 cubic meters of earth and gravel were delivered here. And the first greenery had already appeared for the opening.

All institutions at the Tomsk Scientific Center were involved in procuring equipment for the hotel.

The issue about naming the Congress Center was not decided immediately. At first the hotel was to be called “Forum,” and then “Rus.” The name was already in the works, the letters were made. But then new options were proposed, including “Academic,” “Beam of light,” “Rubin” V. E. Zuev supported the name “Rubin,” since the Rubin crystal is a structural unit in the laser. And it was specifically due to the topic of spreading laser radiation in the atmosphere that the Institute of Atmospheric Optics was created, and whose conference acted as the spur for opening the hotel.

When the first conference participants arrived, the hotel rooms still smelled of paint. They finished painting areas at night. In the morning the first plenary session of the conference was held for the first time in the USSR.

Today the Rubin has been returned to the Tomsk Scientific Center, and in the Congress Center building there is a section for arranging and holding conferences and rendering hotel services. RAS employees can take advantage of a flexible system of discounts.

Over the course of its existence the Rubin has been a traditional venue for holding international conferences and seminars.